Home › Abortion › HOW CAN CHRISTIANS CONTINUE TO VOTE FOR PRO-ABORTION CANDIDATES?

HOW CAN CHRISTIANS CONTINUE TO VOTE FOR PRO-ABORTION CANDIDATES? 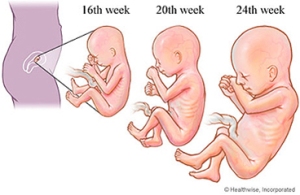 Prov 24:11 If thou forbear to deliver them that are drawn unto death, and those that are ready to be slain; 12 If thou sayest, Behold, we knew it not; doth not he that pondereth the heart consider it? and he that keepeth thy soul, doth not he know it? and shall not he render to every man according to his works?

Senate Democrats on September 22nd, 2015 blocked a vote on a pro-life Senate bill to ban late-term abortions. This bill would save as many as 18,000 babies in the womb each year. The Pain-Capable Unborn Child Protection Act amends the federal criminal code to prohibit any person from performing or attempting to perform an abortion except in conformity with this Act’s requirements. The House passed the legislation in May. President Barack Obama indicated he would have vetoed the legislation had it reached his desk. I’ve included the list of how Senators voted but my question is how can Christians continue to vote for pro-abortion candidates? Please read the following:

1. Luke 1:41 And it came to pass, that, when Elisabeth heard the salutation of Mary, the babe leaped in her womb; and Elisabeth was filled with the Holy Ghost:

The babe not fetus, tissue, or mother’s body leaped in the womb. Babe is the same term used to describe Jesus after His birth (Luke 2:12 “… Ye shall find the babe wrapped in swaddling clothes, lying in a manger”). Whether inside or outside the womb it is called a BABE

2. Job 3:16 “Or as an hidden untimely birth I had not been; as infants which never saw light.”

David uses a personal pronoun “I” to describe his being shaped and conceived within his mother. God inspired the text and used the right personhood pronoun.

4. Ps 139:13-16 For thou hast possessed my reins: thou hast covered me in my mother’s womb. 14 I will praise thee; for I am fearfully and wonderfully made: marvellous are thy works; and that my soul knoweth right well. 15 My substance was not hid from thee, when I was made in secret, and curiously wrought in the lowest parts of the earth. 16 Thine eyes did see my substance, yet being unperfect; and in thy book all my members were written, which in continuance were fashioned, when as yet there was none of them.

There is an identity of a human person’s existence, with all his members recorded before they existed physically.

5. Jeremiah 1:5 Before I formed thee in the belly I knew thee; and before thou camest forth out of the womb I sanctified thee, and I ordained thee a prophet unto the nations.

God had knowledge of Jeremiah before sperm and egg came together, and a plan before he came forth out of the womb.

6. Ex 21:22-23 If men strive, and hurt a woman with child, so that her fruit depart from her, and yet no mischief follow: he shall be surely punished, according as the woman’s husband will lay upon him; and he shall pay as the judges determine. 23 And if any mischief follow, then thou shalt give life for life,