LEARN TO SAY NO

Posted on February 8, 2019 by John Rasicci — Leave a comment 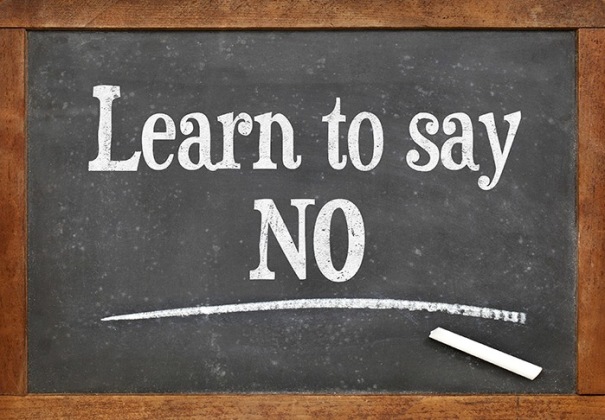 Mark 1:35 And in the morning, rising up a great while before day, he went out, and departed into a solitary place, and there prayed. 36 And Simon and they that were with him followed after him. 37 And when they had found him, they said unto him, All men seek for thee. 38 And he said unto them, Let us go into the next towns, that I may preach there also: for therefore came I forth.

One thing I learned from Jesus is that He knew how to say “No.” As much can be accomplished toward God’s purpose by saying “No” as can be accomplished by saying “Yes.” Some have a hard time saying “No” and it hinders them. Jesus was able to say “No” to the demands of men because He had already said “Yes” to His Father’s plan from the direction He received from prayer Mark 1:35-38. We have limits to our time, energy, and resources as well as a primary focus to our purpose and calling from the Lord. To be able to manage our time wisely and make the best use of our time, we sometimes have to say, “No.” We are all called to do something but none of us are called to do everything.

From a Business Management Course I once taught, here are four polite ways to say “No” I also found helpful to use in communicating to others with regard to our work for the Lord: