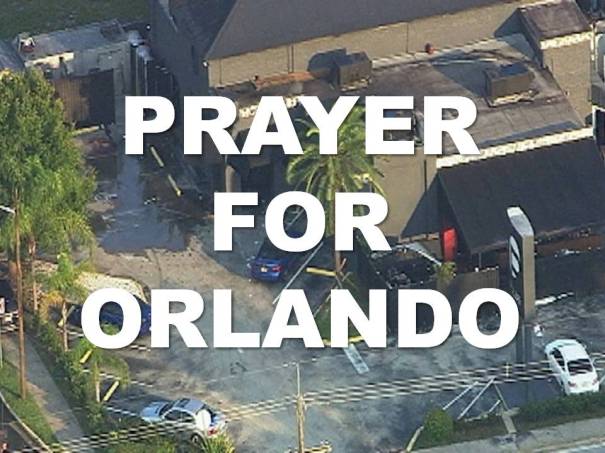 Our prayers go out to the families of the victims and wounded in Orlando from another barbaric and cowardly act of Islamic jihad. May God comfort and strengthen them. Only God can really keep us safe but He has also ordained government to protect us as well, and it is the number one job of the office of the President. If we are not protected what other rights matter? So disappointed that our President once again failed to mention Islamic terror and made it a gun issue. Psalm 11:3 says, “If the foundations be destroyed, what can the righteous do?” Our American government, founded on many Godly principles, exists for one purpose only and that is to secure the equal natural rights of its citizens (i.e. life, liberty, and pursuit of happiness). Our Founding Fathers realized that would require a government to defend and protect those rights from domestic threats and foreign threats.

In practical terms and realities what does that mean as we enter into this Presidential election if in fact you choose to vote. There are many issues in an election year but on the issue of domestic and foreign threats, will they as President clearly identify threats or will they use ambiguous terms that confuse and keep us from identifying our enemies that are out to kill us? Can they call terrorism, terrorism, Islamic terror, jihad, or is it work place violence, man caused disasters, violence from non-state actors, or the acts of militants and violent extremists. Is it the war on terror or overseas contingency operations? Will they make the obvious connections from the facts of terrorist acts with its ideological inspiration or will they purposely disconnect the dots between known facts of what our eyes and ears are telling us? We may not be at war with the Islamic ideology but that ideology is visibly at war with us. How can we fight an enemy we cannot identify? Political correctness is causing innocent Americans to die, and hindering the protection of American citizens by law enforcement.